Buick.com – Official Buick site. Buick luxury cars and luxury SUV vehicles are top of the line when it comes to high quality cars. Buick is committed to building quality cars and SUV’s.

Buick Heritage Alliance – A non-profit corporation dedicated to the preservation of all things Buick.

Factory Stage1 Registry – This site is dedicated to one of the best automobile ever built – the Buick Gran Sport. Hopefully this website will aid you with enough information to document your Buick GS, or offer the Buick enthusiast some surfing pleasure.

1964Buick.com– highlighting the restoration of my 1964 Buick Wildcat.

Buick – Wikipedia, the free encyclopedia – Buick is a luxury brand of General Motors (GM). Buick models are sold in the United States, Canada, Mexico, China, Taiwan, and Israel, with China being its largest market. Buick holds the distinction as the oldest active American make. 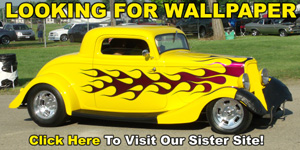